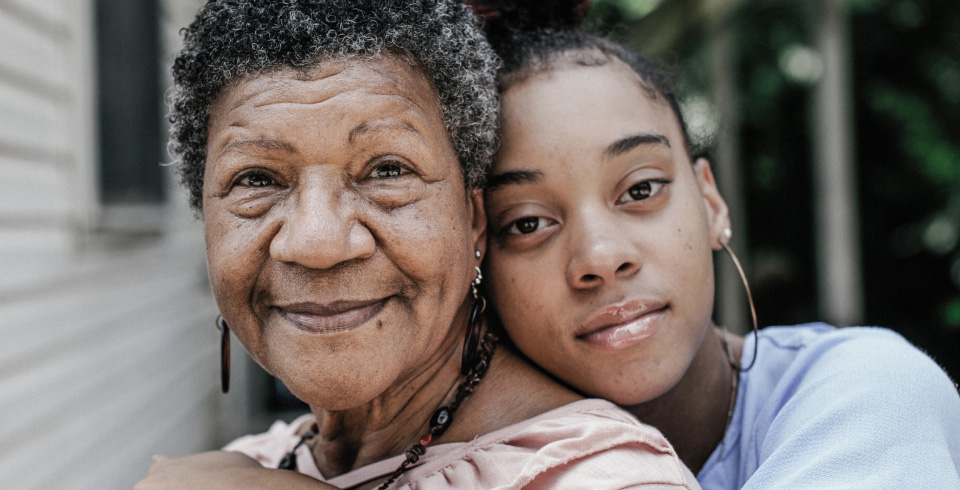 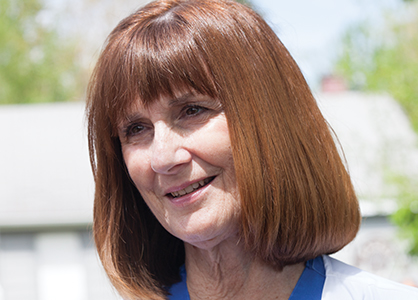 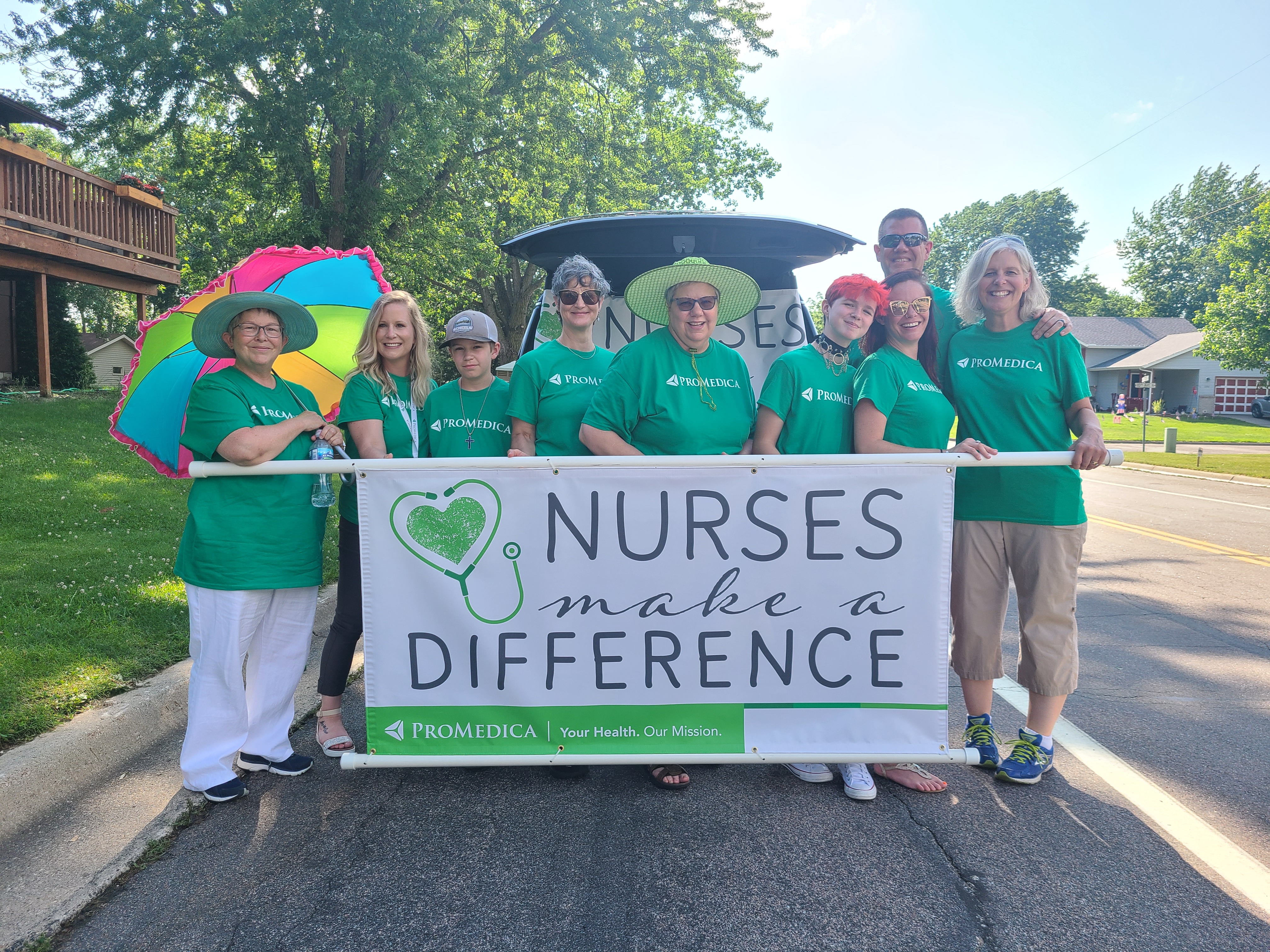 Haley, bereavement coordinator, stated, “It was motivating to have the crowd clap and give a standing ovation telling us, ‘Awesome job’, ‘Hospice is good work’ and ‘Nurses are great!’.” The team was excited to participate and support their community. 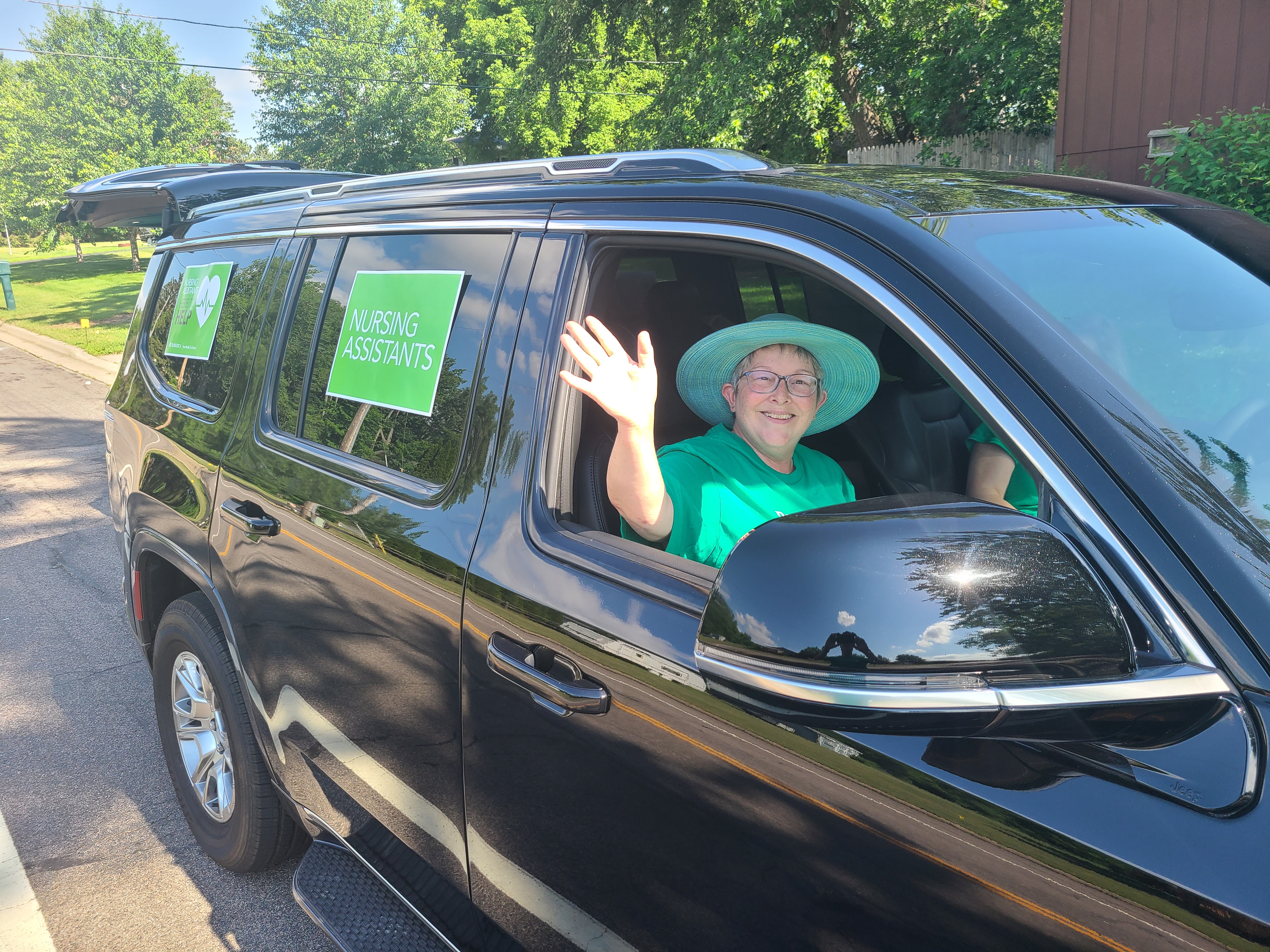 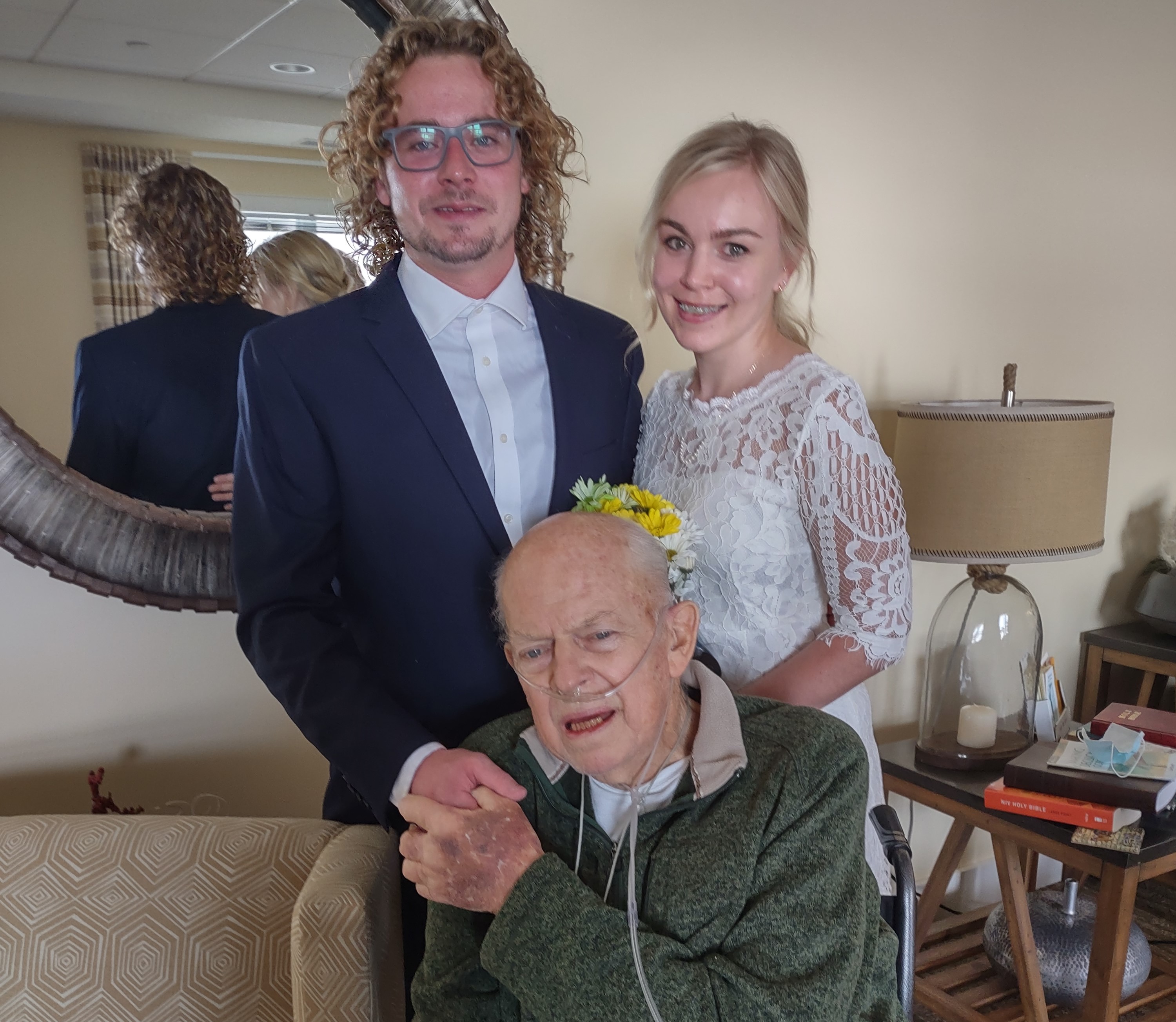 Heartland Hospice serving St. Cloud, Brainerd and Surrounding Areas patient, Steve Szech, had one wish during his final stages of life…to see his grandson’s wedding. His grandson, Joshua, and fiancé, Eden, were beginning to plan their wedding, but when Steve’s health began to decline, Joshua wanted nothing more than to make sure his grandfather was able to be there for the big day. The Heartland Hospice team immediately helped Joshua and Eden plan their wedding to fulfill both Steve and Joshua’s Heart’s Desire.

The hospice team reached out to the team at CentraCare - Long Prairie Meadow Place where Steve resides to let them know about their plans. Both teams worked together to create a very special and memorable day for Steve, Joshua, Eden and their closest loved ones. Pamela Nickel, Heartland Hospice spiritual care coordinator, wrote a special ceremony for the happy couple. The day was tearful for everyone in attendance, but also full of laughter as they enjoyed each other’s company and final moments with Steve. Joshua was especially tearful because of his incredibly close relationship with his grandfather.

“Now I have a granddaughter, and she is so beautiful,” Steve said with excitement. It meant so much to him to be able to celebrate his grandson’s marriage and spend time with his loved ones. Pamela was grateful to be part of this special day and shared, “It is always an honor to preside at weddings, but this one has a special meaning because not only was it for Steve, but it was also for his grandson who cared so deeply for his grandfather. It was so fun and times like this make my job meaningful. It filled up my cup!”

Steve passed away several days after the wedding, but Joshua, Eden and their families have a special moment to look back on and fondly remember Steve and their time with him. 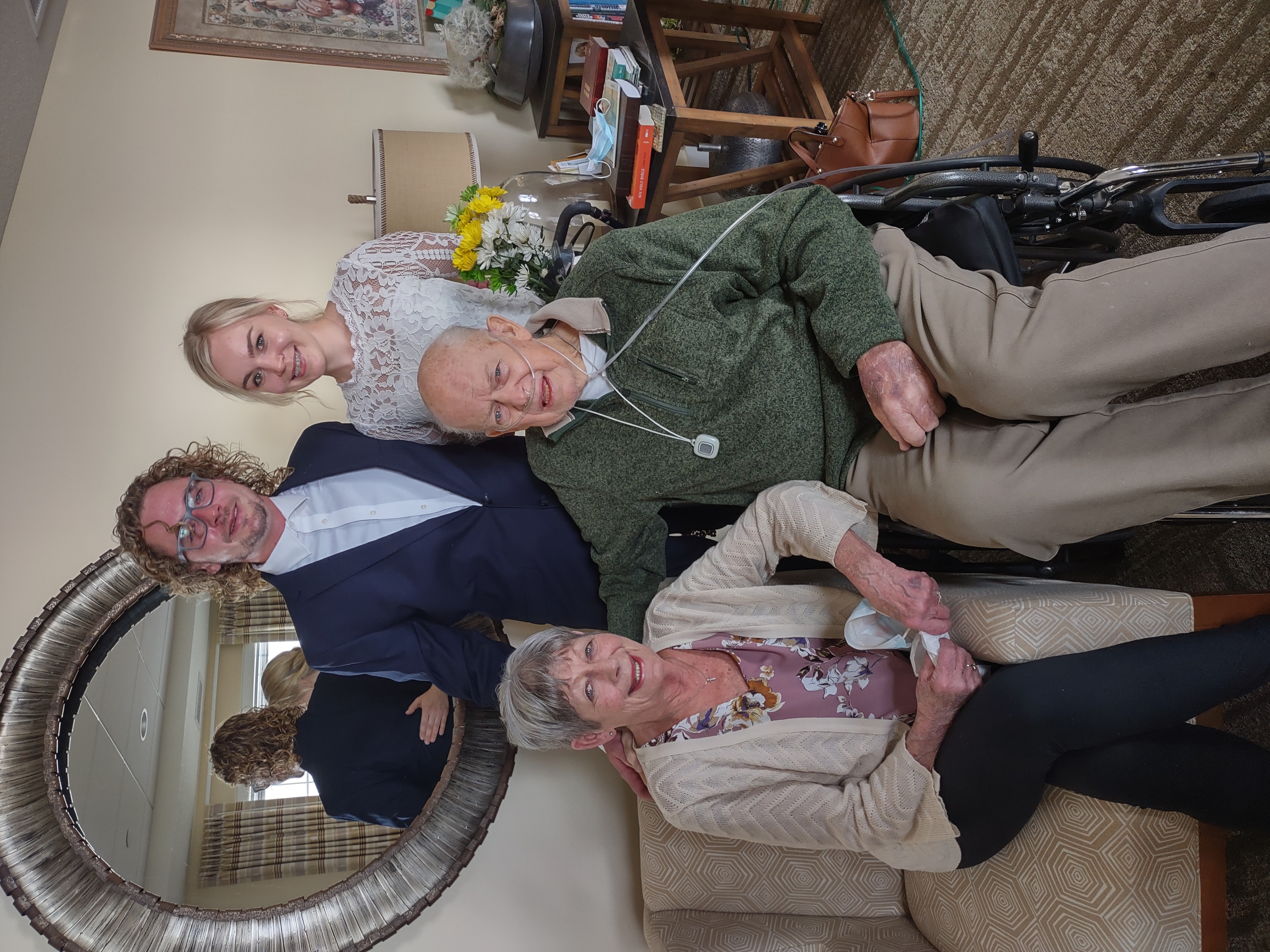 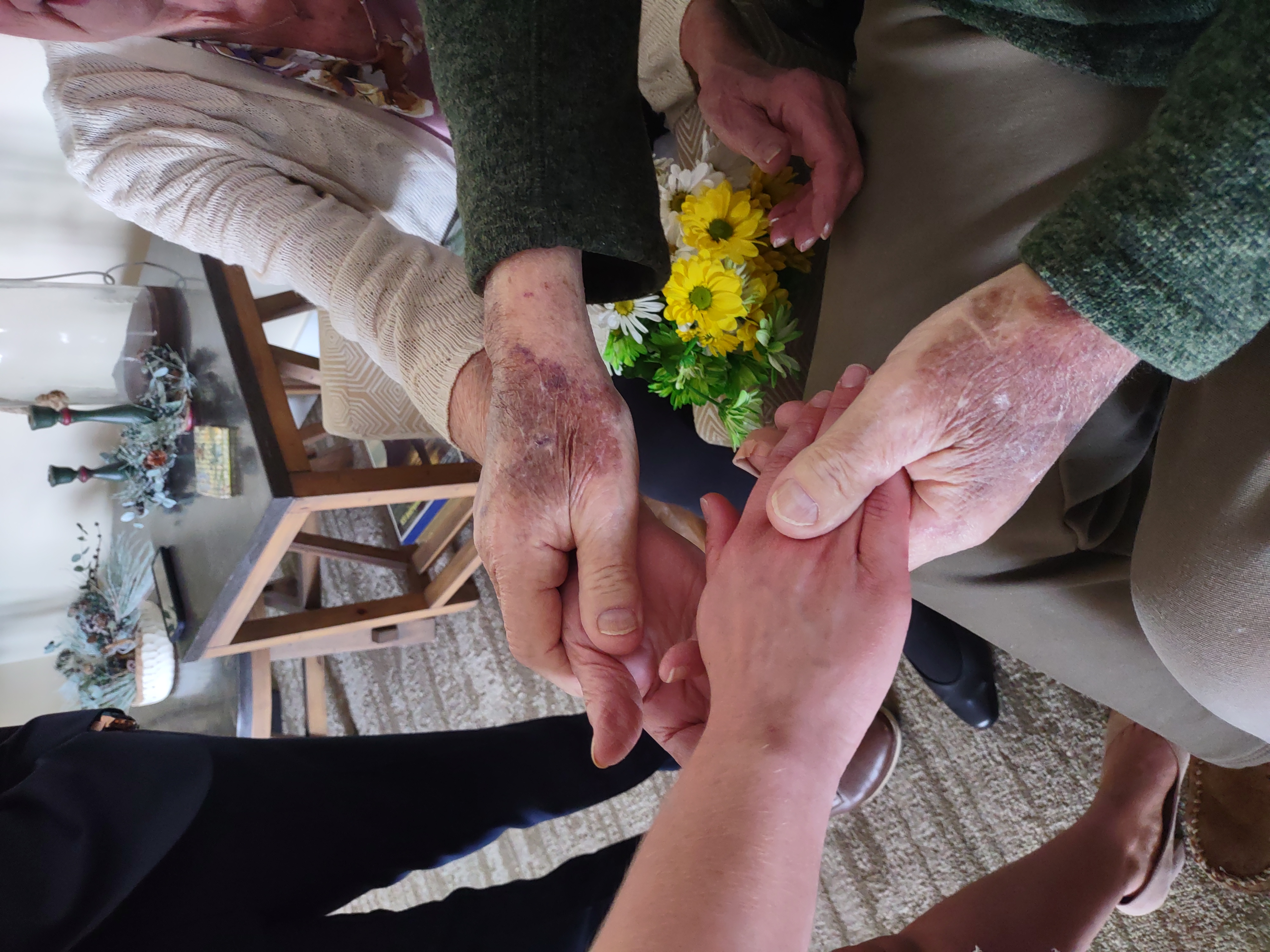 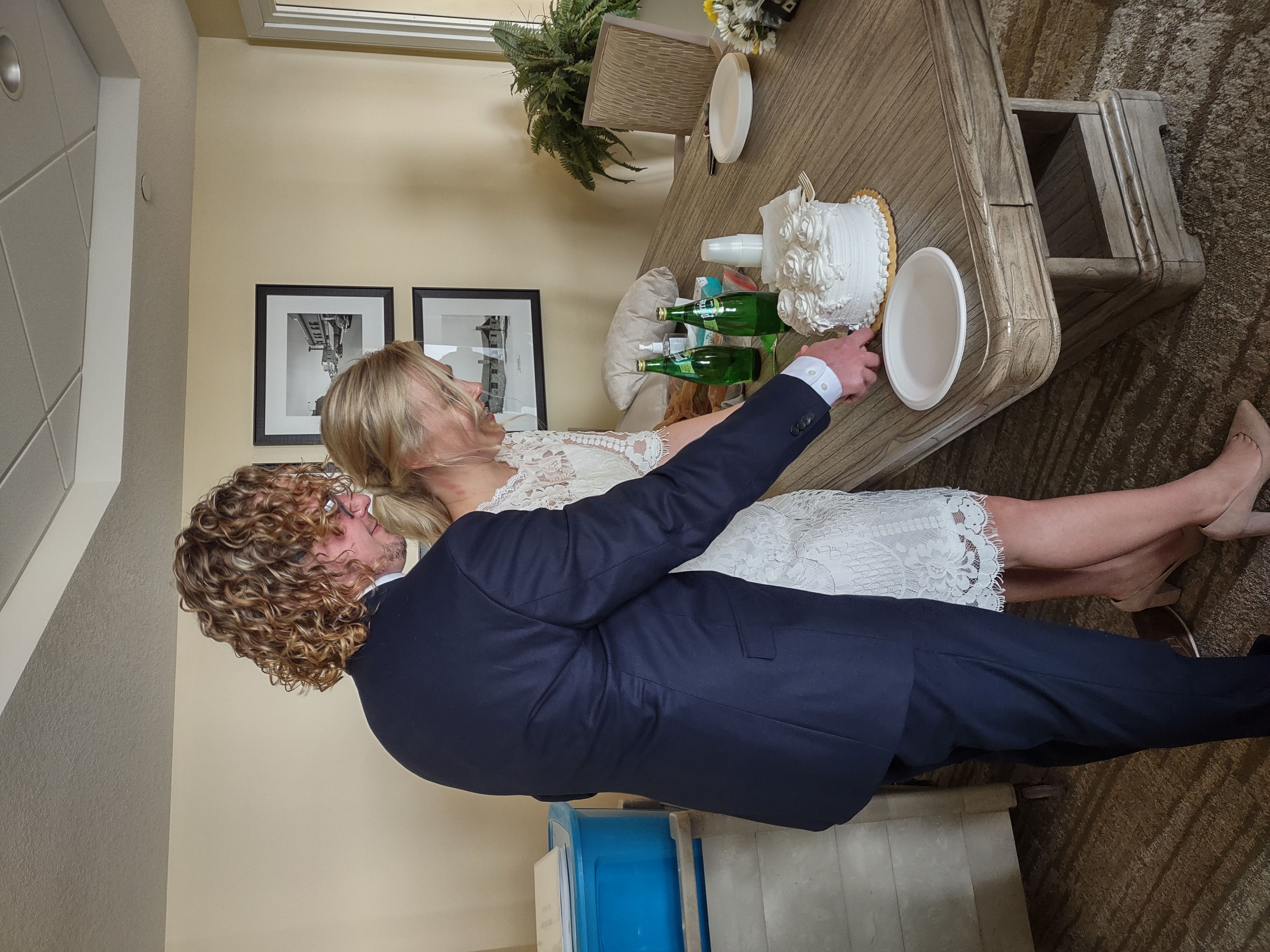 Heartland Hospice Serving St. Cloud, Brainerd and Surrounding Areas​ recently received a testimonial from the family of a patient citing the compassionate care and support their mother received. 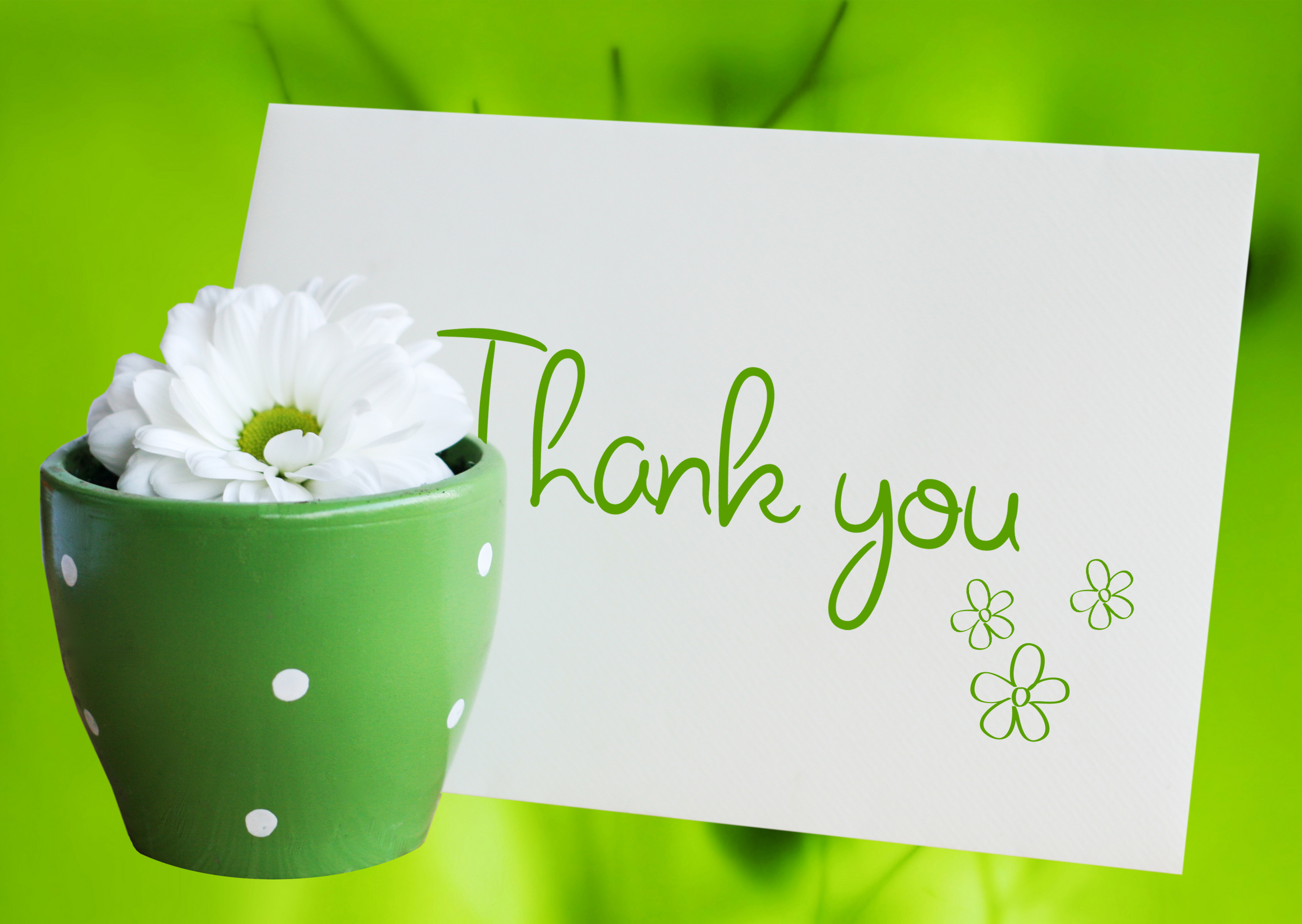 Working in hospice takes a strong will, a full heart and plenty of compassion. When that compassion reaches our patients’ families, that's when we know we have truly lived out our Mission. Heartland Hospice Serving St. Cloud, Brainerd and Surrounding Areas recently received a testimonial from the family of a patient citing the compassionate care and support their mother received.

Our family was introduced to Heartland Hospice after our mom was discharged from the hospital on palliative care. She had been hospitalized a few times within a short period and doctors were not able to determine the infection source, so treatment was not an option. Friends informed us of the wonderful care their mother received when she was a patient with Heartland Hospice.

Sandy, nurse, and Pamela, chaplain, met with us the day Mom was discharged from the hospital. They assisted us with paperwork and shared information regarding services Heartland provides. I received a call from the social worker, Judy, the following week asking how I was doing since I am Mom's caregiver. Heartland provides outstanding care for the patient and also provides excellent support for the family. Their concern for everyone's welfare is genuine.

Mom has vascular dementia, so she has good and bad days with memory. She is no longer able to walk. The Heartland team made sure to check on her multiple times, day and night, and even came up with ideas to help make her bed a safer place at night. Mom enjoys the care Breanna, hospice aide, provides with weekly baths. Mom's comfort and welfare are always a priority.

Pamela has brought calm and relaxation with her prayers, readings and songs. I have been there many times to also benefit from the messages she shares. Church and faith have been important in Mom's life and Pamela's visits boosts Mom's spirits. She has commented many times about Pamela's beautiful voice.

Keshia, volunteer coordinator, has also visited Mom and arranged for additional caring and kind visitors to bring joy to Mom's life. Thank you, Meg and Charles, for volunteering your gifts of time and support.

Whether it is Brooke's, Team Coordinator, kind voice answering the phone when we call with a question, or nurses who check on Mom's well-being, or spiritual support, or team members keeping us updated on medications... Heartland is outstanding! The many details our family used to be in charge of or concerned about have been taken care of by Heartland. The Heartland team provides expertise, support and compassion for their patients and their families. We are able to focus on Mom and our precious time with her. That is been the greatest blessing.

Each year, the Alzheimer’s Association holds the Walk to End Alzheimer’s walks in over 600 communities nationwide and is the world’s largest fundraiser for Alzheimer’s care, support and research. This year, the walks were not their typical large in-person gatherings. Instead, the walk took place “everywhere” and they encouraged participants and teams to choose any sidewalk, track or trail in their area. Conducting the walks in this fashion helped encouraged social distancing between the participants.

On October 15th at Belle Prairie County Park in Little Falls, Minnesota, 22 Heartland Hospice team members participated in the Walk to End Alzheimer’s. With fundraising being a challenge this year, the team members decided to donate some of their own money and $500 was collected to give to the Alzheimer’s Association.

“While working with Heartland Hospice, I have seen firsthand how an Alzheimer's diagnosis can affect a patient, their family and loved ones, and their lives as a whole. We do everything we can to support our patients and helping to put an end to this terrible disease is our ultimate goal. Thank you for joining us in this fight to end Alzheimer's!" said Jessica Dingman, volunteer coordinator.